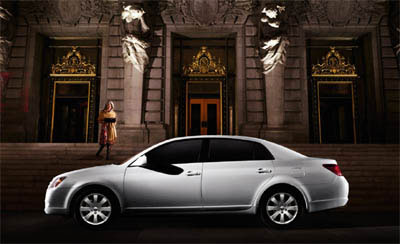 Toyota vehicles have long since built up a reputation among the public for their bulletproof reliability and exceptional quality, perhaps best exemplified by the entry-level Corolla and more recently with the innovative Prius Hybrid. Well, it seems that not all their models are quite so dependable, as there are several reports of defects and problems found on the Avalon higher-end sedan.

Reporters have gone so far as to the say that the 2006 Avalon is “plagued with problems.” The build quality just doesn’t seem to be there for the redesigned sedan, with “15 different rattles in the body work” found by Alan Seider, 25, of Roswell, Georgia. In addition, Seider has also found “significant throttle control and transmission hesitation issues.” Apparently, internet chat rooms and forums are also littered with dissatisified Avalon owners.

Some have said that this is due to the automaker’s rapid growth and the erecting of new factories in North America. Quality may have suffered as thousands of new employees have been hired in order to fulfill the demand.