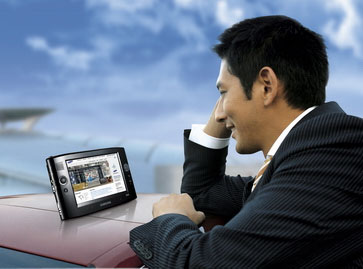 Turns out that people like origami. The Origami, that is. The Samsung Q1, a UMPC (Ultra Mobile PC) codenamed Origami before its’ unveiling, was made available in the U.S. exclusively on BestBuy.com (it wasn’t available in Best Buy stores). It took only one day for the entire inventory to sell out. Though that makes great headlines for Samsung, it’s hard to tell just how much of a success it was. There is no word of how many units were sold, so it’s hard to tell whether the sellout came about as a result of a small initial inventory, or if overwhelming demand for the computers, which Microsoft says will change our lives, meant that they couldn’t be kept on the virtual shelves.

A quick look at BestBuy.com fails to turn up any reference to the Q1, so it’s hard to tell how long it will take to get them back in stock. If you want an Origami you’ll just have to wait. Maybe do some real origami to pass the time.