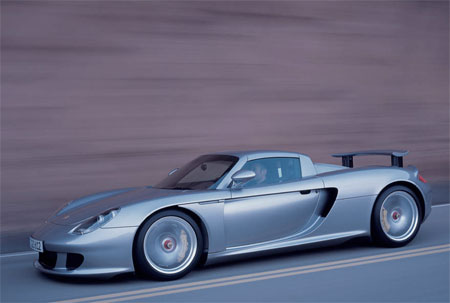 If you are in love with the Porsche Carrera GT and have dreamed of owning a new one of your own, you may be out of luck. You’ll have to settle for a used one, instead.

The last Carrera GT rolled off the production line at the Porsche facility in Leipzig, Germany on Saturday, May 6. The 612 horsepower freak of a supercar went into production in September of 2003. The initial plan was to produce 1,000 of the vehicles, each with a price tag of around $440,000. Demand, or a sadness to see production end or something, led Porsche to manufacture 1,270 of the cars in total. Of those, 53% of them went to the U.S., 12% remained in Germany and 7% went to the United Arab Emirates. Sadly, none of the cars ended up in my driveway. Porsche has not yet announced what car they will fill their supercar gap with.