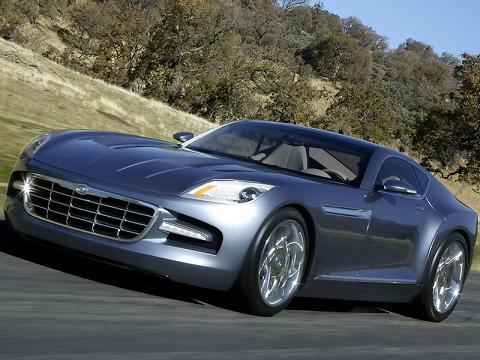 We all know how it goes. When you jump around the auto show circuit, you inevitably run into an army of concept vehicles from the various automakers. Many never make it to production and are meant simply to show what they’re capable of, or perhaps future directions the company is considering. Some become a reality in a heavily altered form, and it seems that Chrysler is working on setting the wheels in motion to have the Firepower Concept hit American roads, in addition to a couple of other concepts as well.

For starters, the Chrysler Firepower seems to be targeting the Corvette, but industry pundits are saying that it could replace the current Crossfire in the company’s lineup. The two cars do bear quite the resemblance, I must say, so it will be interesting to see what develops on that front.

In related news, the American automaker is also “seriously considering” making a production model of the Dodge Challenger Concept, another sporty retro-looking vehicle that could be taking on the Mustang and others in that class. Chrysler Canada CEO Steven J. Landry is pushing his neighbours to the south to make the Dodge Hornet as well, a compact vehicle with plenty of cargo space and aggressive American styling.