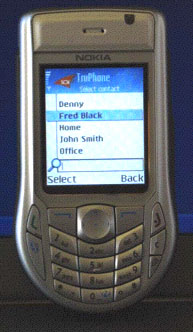 4G is here, at least according to one manufacturer.

That would be Truphone, a telecom company out of the U.K. that is announcing a low-cost mobile network that allows users to seamlessly transfer between cellular and Wi-Fi networks. You can take and make calls and get and send SMS messages using VoIP technology exclusively; as a benefit, when you drift out of wireless range, the phone technology finds the proper cellular network.

Truphone, an offering from the Software Cellular Network, has based its technology on the Session Initiation Protocol (SIP), which is fast becoming an industry standard among Internet providers. The SIP-based service is compatible with all manner of wireless options, including home-based networks, office networks, and public Wi-Fi hotspots.

As for the 4G designation, that remains to be seen, mainly because the standards authors of the industry have yet to define specifically what 4G is.

Truphone’s service was tested initially on Nokia’s new E-series handsets; other tests are to follow. Look for demonstrations at VON Europe this month.