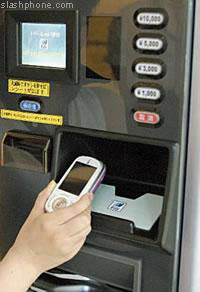 SanDisk and Philips are getting together to make your mobile phone payments even more secure.

The so-called “contactless” payment methods made popular by Near Field Communications are fast being a hit among those who use drive-through windows and checkout counters. Just wave your equipped phone near the sensor, and your payment is made.

It’s wireless technology brought to its natural transaction conclusion, but it does have its drawbacks—namely, that it is of necessity a signal broadcast, which invites piracy. That’s where SanDisk and Philips step in. With the Philips SmartMX chip and SanDisk TrustedFlash card installed in an NFC adapter, your phone payment will be contactless and worry-free.

Not unexpectedly, the SanDisk cards are also memory expanders, allowing you more storage for whatever else is on your mobile—photos, music, files, etc.

You can get your hands on one of these adapters sometime in early 2007, SanDisk officials say.