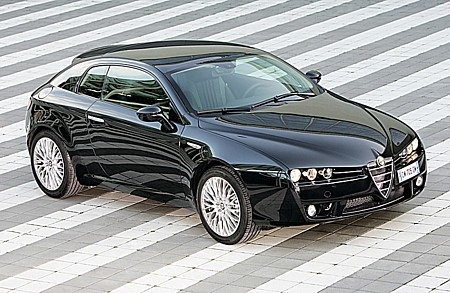 It’s been more than 10 years since you have been able to buy an Alfa Romeo from a dealer in the U.S. Well, if you’re a fan then the long wait is over. Fiat has announced that they’re Alfa Romeo brand will be returning to the U.S. The cars will be made available through the Maserati dealer network. Fiat CEO Sergio Marchionne says that the cars could be available stateside as soon as late 2007. Partnering Alfa Romeo with Maserati, which Fiat also owns, stops them from having to create their own dealer network, which will cut down on the time until launch and, hopefully, the cost.

This move has been a long time in the making. There have been several aborted attempts to re-enter the announcement in recent years, though none as developed and likely as this one. Fiat has been gearing up by engineering new models to meet the U.S. crash safety standards. The cars that will be coming for the launch will be higher end offerings; the Alfa 159, Brera, Spider and the drool-worthy 8c Competizione.