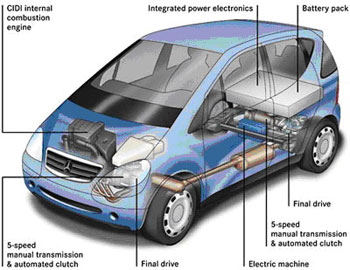 There still aren’t as many new hybrids on the road in the U.S. as there are cars in any major city, but that number is growing rapidly. Registrations for new hybrid vehicles in 2005 were up 139% from 2004 to 199,148. That’s after an 80% increase in 2004 compared to 2003. According to the survey by R.L. Polk and Co., the Toyota Prius was the leading car for new registrations for the second straight year. 52.6% of new registrations to be exact. Though they may maintain their lead in 2006, that percentage is certain to fall as more manufacturers are offering attractive hybrid vehicles.

The second most registered vehicle was the Honda Civic, making up 12.8% of registrations. Third was the Lexus RX400h with 9.7%. Not surprisingly, California is the runaway leader in registrations with 52,619 new cars on the road. Florida is second, but had just one-fifth as many cars. Just 8 states â€“ California, Florida, Texas, New York, Virginia, Illinois, Washington and Pennsylvania had 56% of the cars registered.