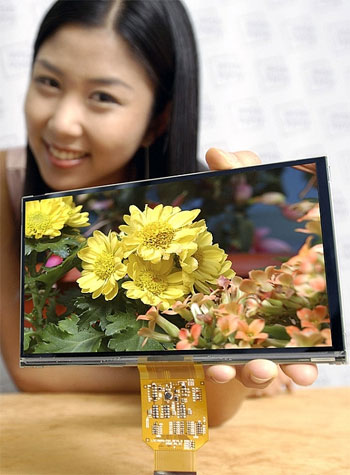 7-inch LCDs are commonly used for DMB, portable media players and car navigation systems. It has been difficult to shrink the profile of those devices because of what is needed under the hood to make the screens work. They take between 4 and 7 drive integrated circuits, and several other components to make the pretty pictures. The newest Samsung offering, with its single chip design, greatly reduces the space needed, so it will open up the possibilities for designers and manufacturers. Space requirements are reduced by one third.

The new screen sports a contrast ratio of 400:1 and a brightness level of 450 nits. It will be publicly displayed for the first time in June at the SID Symposium in San Francisco.