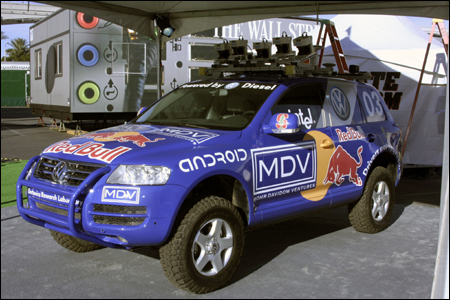 In late 2007, the next Defense Advanced Research Projects Agency Grand Challenge will take place. It’s a car race with robots at the wheel.

The race will go down in a mock urban area that is made up to look like a city, with intersections, traffic circles, and other obstacles. Unlike last year’s Grand Challenge, which taxed robot-driven cars with completing a 142-mile desert course, the Urban Challenge will require the vehicles to complete military-specific missions.

There is a human element, of course. The designers of the car that wins next year’s 60-mile Urban Challenge will win a cool US$2 million, with US$500,000 and US$250,000 going to the second and third place finishers, respectively.

Last year’s winning team, from Stanford University, will be back, as will runners-up Carnegie Mellon.