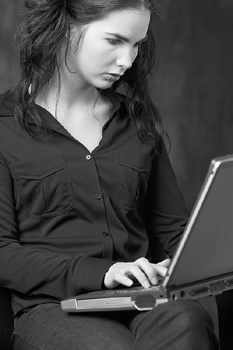 Laptops in classrooms are a thing of the past at some universities, investigations have led to a startling discovery, entertainment rather than education is becoming the primary focus of students.

Many students have been caught playing poker and doing other sorts of non-educational pursuits, even participating in online gaming using their universities’ wireless connections. In response, some professors, and even some universities have banned laptops from classrooms during class time alltogether.

One professor found another reason to ban laptops: She thought that students were spending more time typing than paying attention to what was being said and what they thought about it all. Many other professors have voiced the same concern: that instead of interacting with other students and noticing the nuances and asides that professors were uttering, students were no more than typists.

But this could be the beginning of a trend. Stay tuned for school bans near you.