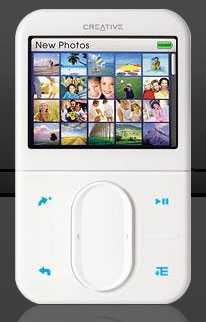 Creative Technology who primarily competes with the iPod has had a troubling financial quarter. The company posted a net loss of $114.33 million in the quarter ending in March. That’s a significant change in their fate from the $15.91 million profit of the same quarter last year.

Part of the financial problems came from a $41.60 million charge for goodwill and restructuring for the company’s 3DLabs unit. Beyond that, though, the company which rose to prominence as the makers of Soundblaster cards has struggled since their Chairman openly declared war on the iPod in 2004. Exclusive of one-time charges, these results bring the nine-month net loss to $105.43 million. The company blames their problems largely on the same problem that is plaguing all MP3 player manufacturers; the rapidly falling price of flash memory is causing downward pressure on the prices of players. Creative hasn’t cut costs as fast as they need to, and the effects are apparent in the bottom line.