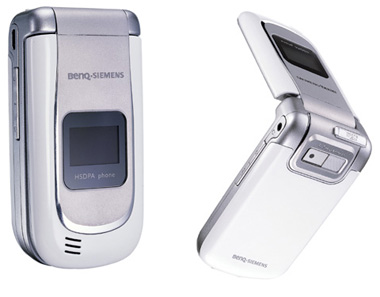 A lot of people are still trying to wrap their heads around 3G phones, but the next big thing is almost here. BenQ Mobile will soon be shipping “Super 3G” phones. The new handsets will support the HSDPA data speed boosting extension to existing 3G technology. When BenQ originally announced this, shipments were expected to start in the fourth quarter of this year. Now it appears that the EF91 will hit European consumers’ hands via T-Mobile as soon as July. To maximize the HSDPA potential, the EF91 will feature a 240 x 320 262k color screen, 3D surround sound and a microSD slot. The specifications aren’t fully available yet, but it will also have a 3.2 megapixel camera and Bluetooth.

BenQ will hope to be the first with an HSDPA offering, but they won’t have the market to themselves for long. HTC plans to ship the Muse with HSDPA sometime in the third quarter. It will initially be called the Qtek S300. They also have a second HSDPA handset, the Breeze, in the works.