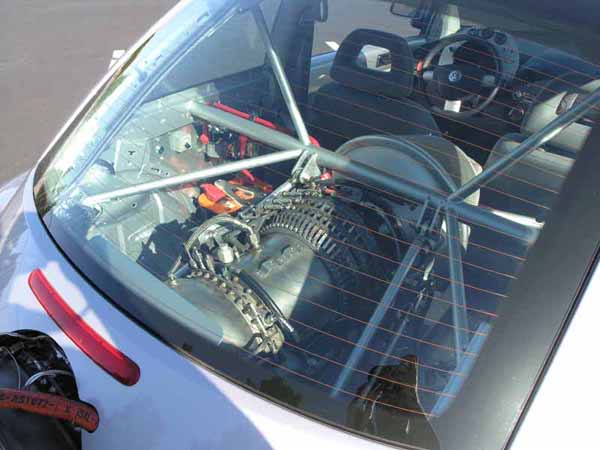 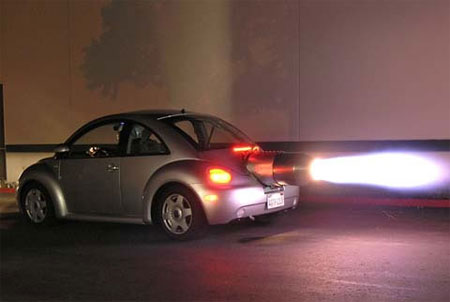 A guy living in California has fitted a jet engine on the back of his Volkswagen Beetle, for dual-engine functionality. The result is one hell of a horsepower boost.

The jet engine is a turboshaft engine from a GE Model T58-8F helicopter. The horsepower is 1350. A flip of the switch from the cockpit—sorry, the driver’s seat—and you are jetting along, literally. Don’t ask us how he got this thing, but the tailpipe is 14 inches in diameter. A special heat “blanket” keeps the jet’s heat from melting the car’s bumper, and fire extinguisher is standard issue in the back of the car. Everything behind it however, can still be melted.

The installation of the jet engine requires a constant supply of air, which enters through the two side windows and the sunroof. The result is a rather windy drive, but the creator says it’s bearable.