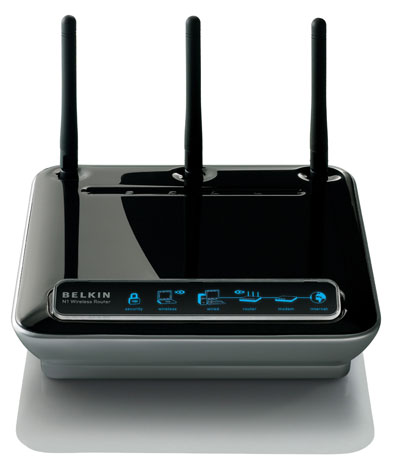 It seems that companies are tired of waiting around for the IEEE to ratify the 802.11n standard, so in the meantime, just about every company that produces wireless networking gear is jumping the gun, as it were. Well, the good people of Belkin are unleashing their new N1 line of goodies based on 802.11n draft spec. What sets this batch apart is the Atheros XSPAN chipset you’ll find under the hood.

While experts are warning against jumping onto the N bandwagon just yet, with these prices, you may seriously be tempted to pick up draft spec gear instead of ratified G-spec units.