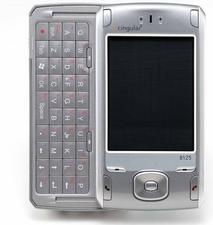 With the rising popularity of smartphones and the increased functionality they provide, it should really come as little surprise that PDAs that don’t do telephony are dying a slow death. It’s hard to give up on those handy little things that can quickly and easily keep track of all your contacts and appointments. I remember the old Palm III devices that had everyone drooling.

Sales of PDA devices (that don’t do phone things) have been on a steady decline for the last nine quarters in a row, according to IDC, a market intelligence firm. On the flipside of that, more and more people are adopting smartphones like the Palm Treo or the devices being put out by HTC and crew. In fact, according to ABI, smartphones are expected to get a 15% market share.

It only makes sense, though, since why would you carry around a phone and a PDA when you can achieve the same level of functionality in a dual-purpose device?