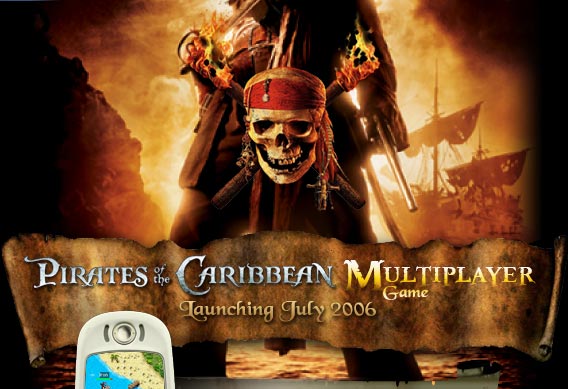 If you didn’t get enough of Johnny Depp and his mascara the first time around, and have already been to Disneyland for the Pirates of the Caribbean experience, you can complete your fill of your swashbuckling needs with the upcoming multiplayer mobile game based on the movie franchise.

mDisney is adapting the movie to the smallest screen. The game will be cross-carrier, and perhaps even more exciting, will feature real-time multiplayer capabilities. The action packed story and “realistic approach” will keep you coming back for more. A beta version should be available at piratesmobilemultiplayer.com, which has enough in it to allow for up to 16 players to interact with one another.

No, this is not a “better late than never” type of situation. In fact, the launch of the full game is scheduled to coincide with the movie’s sequel — Pirates of the Caribbean: Dead Man’s Chest — which is set to premiere nationwide on July 7.