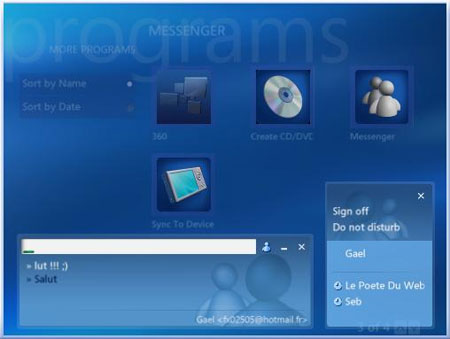 Microsoft has received yet another patent. This time it’s for a “multimode interactive television chat” system. It details a world where, while watching TV we could select links on the screen which would bring us to applications such as chat rooms specific to the show. Computers meet TV, in other worlds. The TV display and the chat interface would appear in different frames on the same screen, so you don’t have to try and pay attention to two screens at once.

What is most interesting about this patent is that they were able to get it. This doesn’t seem like a particularly new or revolutionary idea. We’ll have to wait and see where it pops up and what twists Microsoft bring to it. The obvious assumption is that a future version of Windows Media Center will include the application. It will also be interesting to see how useful it is. I can’t stand when people try to talk to me when I am watching TV, so this could be really annoying if not done well.