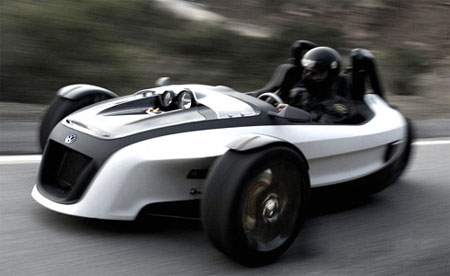 Lotus has made quite the name for itself as a maker of super exotic-looking, high performance vehicles at a price set well below the likes of say Ferrari or Lamborghini. Case in point is the compact Elise that is starting to pop up on Canadian roads, which can be had for around $60,000 CDN. Well, they’re working on an even more affordable model, expected to be priced between $15,000 to $20,000 USD.

According to Bernama, a Malaysian news agency, Proton is working with Lotus to make an affordable vehicle to be built in Malaysia. Not much information is available about this car at this time. In fact, there aren’t any confirmed deets other than the knowledge that “both Lotus and Proton have agreed on the plan.”

We’re expecting this new model to start undergoing the manufacturing process by the end of next year or early 2008, and there is the possibility that this is based on the Volkswagen GX3 (pictured), which Lotus is testing over at their facility in Britain.