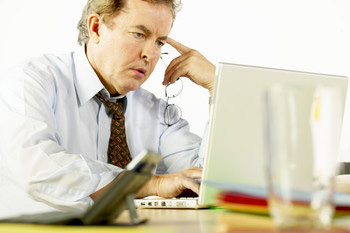 “I wish I didn’t have to type these usernames and passwords in every time.”

How many times have you thought that, only to be thwarted by the reality that if you want to protect your data, you need to use your fingers (or at least one of them)? Well, if a group of Canadian researchers have their way, you won’t have to do any more than think your password and you’ll be in like Flint.

The group of researchers, studying at Carleton University in Ottawa, are operating on the theory that they can utilize brain-wave signatures as what are called “pass-thoughts,” which can be, literally, any image at all. Your favorite song, your favorite painting, the name of your date last night—anything can be a pass-thought. The researchers are pursuing the idea that your pass-thoughts are unique to you in measurable electrical impulses and, as such, can be used as passwords.

That kind of give-and-take between person and computer might be a ways off yet. For now, the Carleton group is pursuing a modified version of pass-thought protocols in which you the user would look at a series of images and then think the word “yes” in response to the pattern that you have chosen as your password. This could be done rapidly because both the brain and the eyes can work at high speeds, much faster than the time it takes for you to swipe your index finger into a fingerprint reader, say.

That sort of biometric password system could be implemented with little fanfare in the very near future. Once done, it would serve as the building block for what could become “the pass-thought generation” of computers.