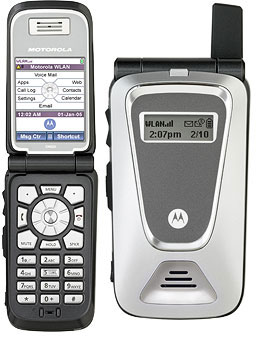 That Cisco-Motorola joint venture to take the Wi-Fi world by storm is apparently not much more then dust in the library of abandoned ideas.

It was all the rage last summer, when the two American tech giants took the wraps off their plan to link up WLAN, IP telephony, and mobile phone technologies in a “seamless enterprise mobility solution” that would blow our minds. But it isn’t happening, not now and not in the future, mainly because the two companies have descended into finger-pointing about why the deal hasn’t moved forward.

For its part, Motorola says that it encountered fierce resistance from cellular carriers, who wanted more than just enterprise functionalities included in the package. Cisco, on the other hand, is saying… nothing.

It was a relatively new idea then, but it has already made headlines elsewhere by now. Cingular will have its own seamless plan in place early next year, company executives say. Other carriers are working on their own plans. It seems that the move toward melding mobile and Wi-Fi technologies is accelerating, even without the Cisco-Motorola partnership.