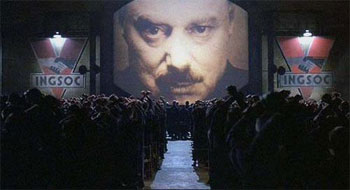 Partaking in webcam chats with your friends and colleagues is great and all, but it does get a little annoying after a while because they certainly aren’t making direct eye contact with you since they are facing their screens rather than the webcams. Well, Apple is known to be cutting edge, what with the huge success of the iPod music and movie players, and they’re doing it again by seeking a patent for an LCD display that embeds thousands of microscopic “cameras”.

In effect, users can look right into their displays and the other video conferencing party will see them looking right back at them. They aren’t “cameras” in the traditional sense, but are rather an array of image sensors that when their information is amalgamated, you can get a single cohesive image. What’s more, the sensors could have different focal lengths and as a result can partake in zooming in and out by switching between which sensors are being used. This is easy, considering that the patent calls for nearly as many image sensors as there are pixels on the LCD display.

Not to be restricted to just home use, Apple foresees applications into cell phones (cough, iPhone, cough) and PDAs, among other portable devices. Soon every screen will have a camera, thus bringing us closer to 1984.