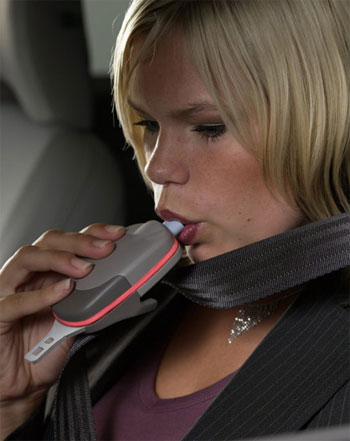 By far, the two biggest factors that lead to automobile accidents, particularly ones that lead to serious injuries or even death, are speed and alcohol. Well, it seems that New York state legislators are working on something that would require breathalyser devices to be implemented into all new cars by 2009, preventing the vehicle from starting up if the driver doesn’t pass the test.

This is far from becoming law at this point, and is simply an idea being thrown around, but it makes some sense. No drunk drivers, no alcohol-related accidents.

Of course, there are going to be people opposed to such a harsh bill, but according to MADD CEO Chuck Hurley, “If the public wants it and the data supports it, it is literally possible that the epidemic of drunk driving could be solved.”

There are obvious ways around this, with having a sober friend breathe into the machine instead, but you’d know that there is at least one sober person in the vehicle. Concepts include Saab’s breathalyser key and Volvo’s seatbelt-mounted system. I can just see the products now, “The Air Bag”, by Alcopass Corporation, simply attach to your in-vehicle breathalyser system and any alcoholic particles will be filtered out.