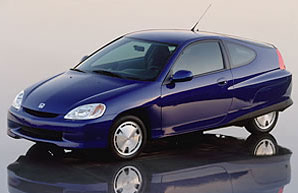 The financial news has been terrible for North American car manufacturers, but Honda has unquestionably proven that it is still possible to make money in the car business.

The company has more than doubled their net profit from the first quarter of last year and they have set an earnings record at the same time. Their $1.9 billion profit was fueled by increased sales in Asia, Europe and North America, though they did fall back in Japan, where they are the number 3 maker behind Nissan and Toyota. Sales for the quarter were $24.7 billion, up 20.6% over the previous year. They sold a total of 3.39 million vehicles in the fiscal year that ended in March, up 4.6% from the previous year and the seventh straight year of increased sales.

Despite the good news, analysts are warning that 2006 may not be as rosy. High gas prices will likely hurt sales of their most profitable vehicles in North America – trucks and other gas guzzlers.

Bentley Crossover Aims To Be The Fastest SUV On Sale