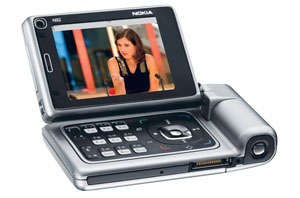 Mobile TV is coming to the States in a big way.

SES Global, a huge player in the European satellite industry, has inked a deal with an American startup to beam satellite TV and music to mobile phones and handhelds in the Las Vegas area for a one-year trial. Should that venture prove fruitful, the startup, Aloha Partners, will widen the release of the offerings to some or all of its other carriers, which comprise markets in 60 percent of the U.S.

The arrangement is a bit of a departure for both companies. SES Americom, the American subsidiary of SES Global, specializes in satellite TV in cable form directly to homes. Aloha Partners owns a large number of 700 MHz spectrum radio frequencies and provides wireless broadband to homes and offices across the U.S. The goal is mobile TV and music across the mobile spectrum.

The deal is similar to SES arrangements last year with Crown Castle and MobiTV.