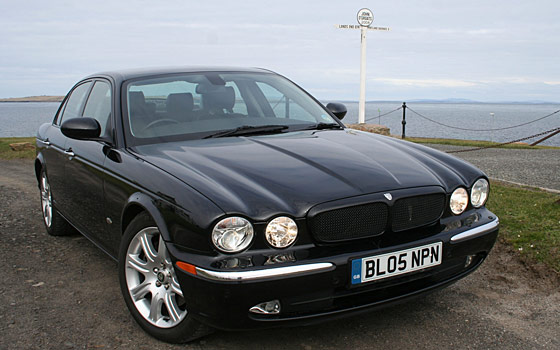 The stereotype goes that if you want a car that’s good on gas, you’re going to have to sacrifice many things. Sometimes it’s comfort because the vehicle will have to be smaller, but oftentimes, you can end up with quite the gutless engine. Not so, it seems because the Jaguar XJ luxury sedan was just taken on a joyride, and didn’t die out on the side of the road until it hit 1000.2 miles. No refill.

Almost more notable is the fact that the car was packed with no fewer than five people, adding extra weight to the vehicle which would necessarily reduce its fuel efficiency. Of course, figures like this don’t mean much if you don’t tell us how much fuel was actually used. After all, what if the XJ was lugging around an extra large gas tank?

They do say, however, that they computed “an overall economy of 53.5 mpg”, which with a little reverse math, I figured to be about a 20 gallon tank. I guess that’s within a reasonable range.