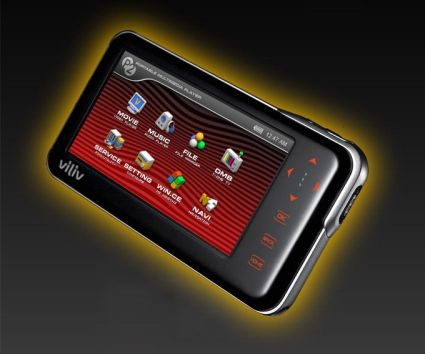 The viliv P1 has been in the American market for a little while now and has received some fairly complimentary reviews, so it only makes sense that the electronics maker is preparing a follow-up, aptly named the P2, to grab a little more of the personal media player pie.

They’ve decided to cast the iPod-esque exterior aside for this round, but they haven’t neglected the need of the consumer for their video players to tackle just about every format and codec they can throw at it. Music, movies, the viliv P2 will take on MPEG-1/2/4, H.264, DivX, WMV 7/8/9, XviD, MP3, WMA, AC3, WAV, and yes, even the popular OGG. You can get a hard drive as big as 60 gigabytes, and pack in an optional GPS receiver for good measure.