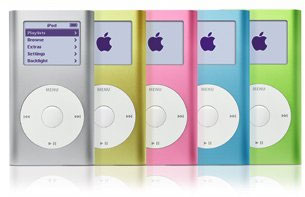 Apple has reported a good quarter and they credit the success largely to, you guessed it, the iPod. I hope you were sitting down when you read that shocking news. The numbers are rosy. Profits were up by 41% over the same quarter last year. Revenue was up 34% to $4.36 billion. Net income rose from $290 million to $410 million. They shipped 8.5 million iPods in the quarter, up a staggering 61% over last year. They also shipped 1.11 million Macs, up 4 percent from last year.

Analysts have an ongoing love affair with Apple. If most companies offered a forecast that the current quarter’s earnings were going to fall below expectations, the stock price would be pummeled. When Apple made that same announcement today, their stock price rose by 5%. Analysts said that the company was being too conservative and that the gross profit margin is better than expected. In other words, in the eyes of Wall Street Steve Jobs can do no wrong. For now, anyway.