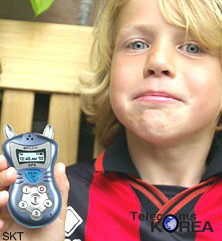 Parents can now track their children using a GPS. Is this a good thing or a bad thing? An international privacy group is arguing that it’s a bad thing.

Privacy International and its director, Simon Davis, are calling for a second look at such child-tracking capabilities, on the theory that parents become obsessed with knowing where their children are at all times. It used to be that you could have them call wherever they went. Now you don’t have to. All you need is a GPS-enabled mobile phone (which is all too common these days) and a way to track it. It’s a rather safe bet that youngsters won’t want to ditch their mobile phones because they won’t want to miss calls from their friends, so the GPS tracking is an attractive option for parents.

Japanese children have been tracked for a few years now, with transmitters in their school backpacks and even school uniforms. American parents can now also buy a transmitter that fits in a youngster’s shoe.

But Davis and his group fear that parents will go overboard and, rather than appearing to have their children’s best interests at heart, create an unhealthy, obsessive relationship that is facilitated by modern technology. Further, other privacy experts worry that parents won’t be the only ones tracking young children by their GPS signals.