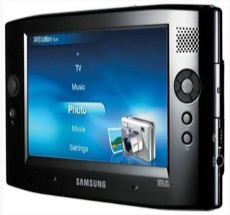 I remember when they said the Microsoft Origami Project devices, better known as Ultra Mobile PCs (UMPCs) today, were designed to fill the gap between PDAs and full-fledged tablet PCs, I thought they were referring not only to the expected functionality and feature set, but also the price point. Oh boy was I wrong, and so was nearly everyone else in the industry, when the first set of MSRPs started floating around the internet in the $1200 range.

Well, it turns out that there’s a good chance that the Intel processors (both Celeron M and Pentium M) found in these units are to blame, because Microsoft originally wanted to team up with VIA Technologies for their processing needs, a company that could have provided their wares for significantly less. However, OEM manufacturers heavily preferred the immediate brand recognition and superior R&D of Intel over the relatively unknown VIA.

Interestingly, Samsung has seen the error in its ways by pressuring Microsoft to take the Intel route. While the Korean manufacturer’s Q1 is currently in the $1200 range, they do plan on releasing a VIA-based version later this year for a much more respectable $700 or so.