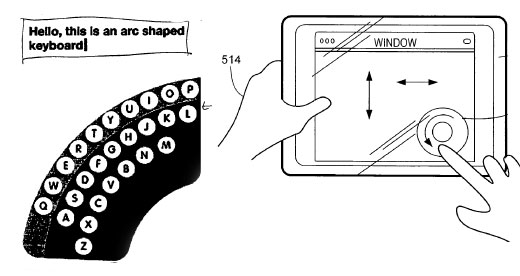 After Microsoft took a page out of Apple’s playbook by being so secretive and mysterious about their Origami project, it seems that Apple now wants to get in on the fun. It appears that Apple is making an Origami-style UMPC of their own. The company has filed two patents that point that way, anyway.

The first patent of interest was filed on February 2. It concerned “gestures for touch sensitive input devices”. It included concepts like a virtual scroll wheel, a multipoint sensing device that lets you manipulate the screen with more than one finger at a time, and other screen ideas that remind us of the Origami. The second patent was from this week. It described a single-arc QWERTY keypad that appeared virtually on the touchscreen. That is similar to the Microsoft Touchpack software.

Of course, there is no word on if and when this UMPC will materialize. Since it is Apple we are talking about, there will be lots of rumors, but nothing concrete until the announcement.