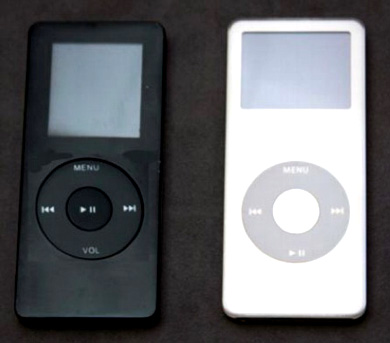 When something is as ridiculously successful as the iPod, it only makes sense that knock-offs will start popping up everywhere. Apple has sent a bulletin out to its service partners warning of counterfeit iPods that are available. Most often it is the Shuffle and the Nano that is knocked off. Thankfully, it seems that it is relatively easy to spot the fakes if you are paying attention.

A few things Apple notes to watch out for in the fakes is the lack a dock connector. They also have missing or differently labeled buttons, ship without a USB cable, have screens with a different shape (the fakes are taller and narrower) and have headphone jacks that don’t look like they should. The fakes say Digital Music Player on the top of the box, while the real versions don’t.

One complicating factor is that some of the fakes have authentic serial numbers on them. So when you are on the street, and someone has a great deal on iPods, don’t look at the serial number, check the dock connector folks.