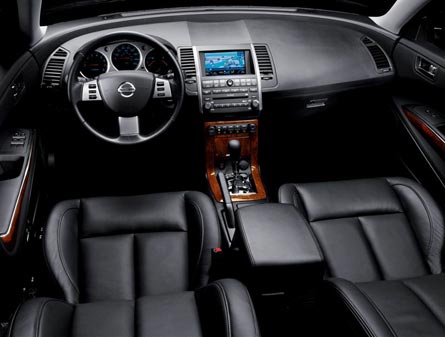 The new generation Nissan Altima made waves over at the New York Auto Show, but the sedan’s beefier sibling, the Maxima, didn’t quite create as much of a stir. The 2007 Maxima remains relatively unchanged from this year’s model, though officially they’re considering this the “mid-cycle face-lift”.

On the inside, you’ll find better materials for the seats, dash, and other elements, though the design itself is still basically the same. On the outside, the nose is stretched just a touch, the headlamps are new and just a bit sleeker, the side sills exude just an ounce more of aggression, and the rear spoiler for the SE model is a little bigger. I think you get the idea.

The engine remains the same, with the 3.5-liter V6 under the hood, considered to be one of the best in the business. The 255hp power plant is now mated, however, with a standard continuously variable transmission. Look for the 2007 Nissan Maxima to start popping up in showrooms across the country this summer.