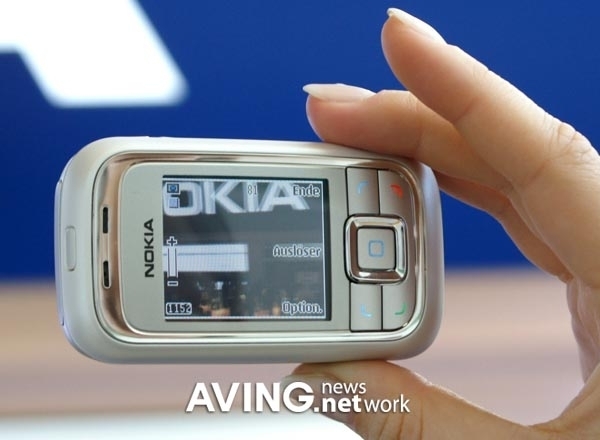 Nokia is set to release a new compact slider on the market, the 6111. Despite its diminutive footprint, the 6111 packs in plenty of features, including Nokia’s Xpress audio messaging system. Instead of fumbling around with SMS and T9 predictive text, you simply make a quick voice recording and shoot it over the airwaves to your recipient on the other end. Based on the pictures, this might be a German release, though we have no further information confirming or denying that.

There are plenty of other features that make the 6111 quite the attractive package. For starters, the vibrant display is capable of 262,144 colors. For all you shutterbugs out there who don’t want to carry around a separate camera, the 6111 sports a megapixel (they don’t specify, exactly) shooter that can do landscape pictures as well, not to mention an integrated flash and 6x digital zoom. If movies are more your thing, you can use the camera to shoot a video up to one hour in length as well.

Other highlights include an FM stereo radio, push to talk capabilities and Bluetooth wireless connectivity. No word on pricing or availability.