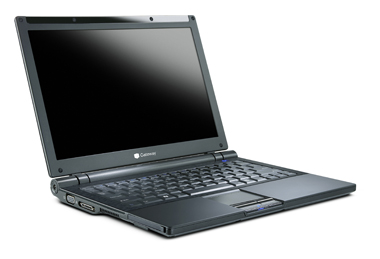 Gateway has started shipping the E-100M, a new ultra portable notebook. It weighs just 3.2 pounds and is less than an inch thick. By far the most interesting part of the machine, though, is the processor. It sports an Intel Core Solo U1300 which isn’t supposed to exist yet. The ultra-low voltage processor, which runs at 1.06 GHz, was mentioned in November of last year by Intel, but wasn’t expected to appear until later this quarter. The company still hasn’t announced it yet, which is uncharacteristic for Intel.