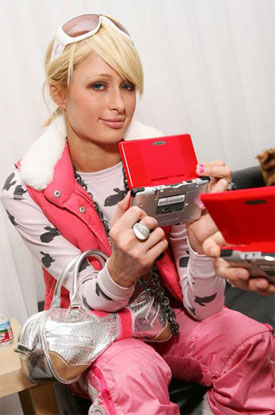 She won America’s heart with The Simple Life – not exactly, but close enough – and got everyone’s bandwidth running with a certain video, and now she wants to, like, get on your cell phone. Yup, that’s hot. Paris Hilton has inked a long term deal with Gameloft to develop a series of mobile games featuring her likeness. You heard me right; a series.

The first will be targeted for the younger set, mostly aiming at tweens and teens who idolize the heir to the Hilton empire for her fashion sense and business savvy (right….), though they haven’t indicated exactly what kind of title this will be. Gameloft will be responsible not only for the game’s development, but also publishing and distributing it upon completion.

Down the road, there will be additional titles available for everyone’s mobile handset, capturing the interest of “both male and female fans of Paris,” though I’m afraid the resolution may not be quite as good as what we’ve gotten our hands on in the past, so to speak. According to Miss Hilton herself, “Mobile gaming is really hot right now and I’m excited to be part of this project.”