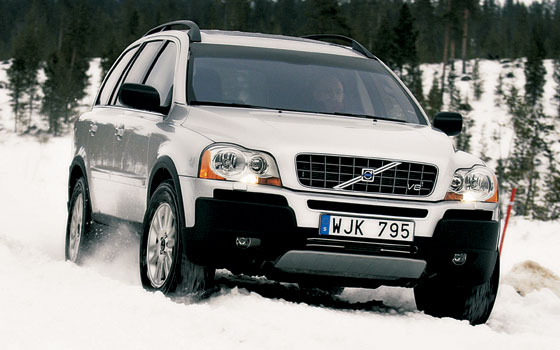 Who said Volvo was boring? I know I did, and maybe they still are to a lot of people, but you can’t possibly say that the Swedish automaker is putting out gutless vehicles. They’ve already plunked a V8 into the S80 sedan, and now they plan on releasing an XC90 with an eight-banger (is that a term yet?) this July.

The XC90 (the XC stands for cross country; this is an all-terrain sport utility vehicle, after all) will be fitted with a 4.4-litre V8, said to put out an impressive 315hp. Clearly, that’s more than enough umph to make sure you get through those back roads all right. If that’s a little too beefy for you, there’s also a 3.2-litre straight-six available with a measly 238 hp. Diesel lovers can still pick up the same 2.4-litre turbocharged units as before.

Other upgrades to the new XC90s include cameras for blind spots and reverse, as well as an MP3 port for your musical needs. Of course, it goes without saying that the upgraded engine will cost you a “premium”, though Volvo is still reluctant to attach a number as of yet.