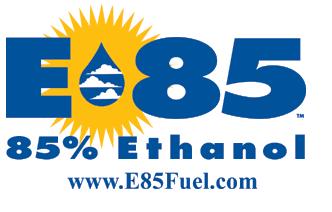 We’ve heard about the E85 (ethanol blend) fuelled Chevy Tahoe over the course of this past auto show season, but something like that would never work without an adequate supply of refuelling stations. Well, GM is working with the State of Michigan, Meijer Gas Stations, and CleanFUEL USA to add approximately 20 new E85 ethanol fuelling sites in the southeast Michigan area.

The ethanol-based fuel is a renewable energy source, and presents “a tremendous opportunity for Michigan’s economy and the world’s environment,” according to Michigan Governor Jennifer Granholm.

This isn’t to say that the E85 powered vehicles are useless without the availability of ethanol fuel. Rather, they can also run on conventional gas, but of course, the push is to use the alternative energy instead. “GM already has 1.5 million vehicles on the road today that are capable of using E85 ethanol fuel,” said GM VP of environment and energy Elizabeth Lowery, and now the push is actually make use of that capability.