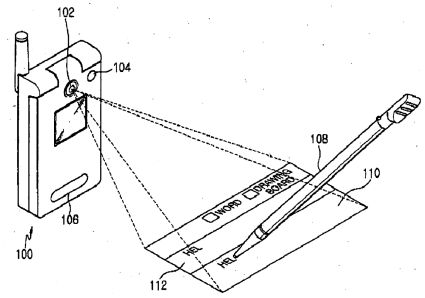 Samsung has been awarded a patent for some exciting display technology. We have heard all sorts of buzz about phones that will have projectors so that images can show up on the wall. Samsung’s virtual screen concept goes a step further. You will actually be able to interact with the screen.

The phone will project the screen onto the table or flat surface that it is resting on. An electronic pen can be used to write on the projected image. The phone uses a position detector to detect the position of the pen and a character recognition algorithm to convert the movements of the pen into meaningful scribbles. The patent was originally filed in 2004, so Samsung has had lots of time to use and develop the technology internally. It remains open to speculation, though, whether we will see this in a commercial product, soon, or if it will stay in the realm of drool-worthy concepts.