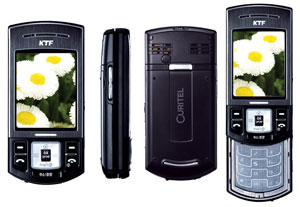 Last year, next to no one in the United States knew anything about Pantech Group, and I mentioned as such in one of my articles a long while back. Well, I got an email from their PR department recognizing that they had not fully penetrated the US market yet, but 2006 would be the year that they would aggressively seek brand recognition this side of the Pacific. I told them that I would look forward to writing about their efforts. That time has come.

The Korean cell phone manufacturer is huge in its home country, but they’re taking a slightly different route when it comes to getting Americans to buy their phones. Instead of teaming up with service providers like Cingular or T-Mobile, Pantech is taking the MVNO (mobile virtual network operators) route.

They’ve already started shipping the hot “Hero” handset to Helio, and announced at CTIA Wireless that they would be providing phones for Disney Mobile. Word is that they’re in the process of ironing out a partnership that would see Pantech phones among the Virgin Mobile line-up as well.