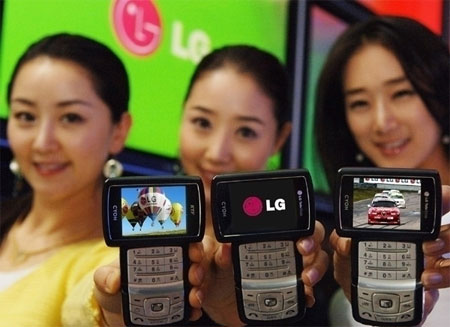 It doesn’t take a genius to figure out that when it comes to releasing a new cell phone in Korea, it’s not a bad idea to pack in some portable television into the package. LG knows all about its home country, and is releasing a T-DMB handset that also fulfills another requirement of the cell phone public: slimness. It’s not the thinnest phone on the market at 19.6mm of thickness, but the LG-LB1500 is one of the skinniest handsets that pack T-DMB functionality.

The 2.2-inch QVGA LCD displays swivels to a landscape orientation (the only way you can really watch television), also revealing the conventional keypad for making calls – yes, phones still do that. What’s more, LG has included “IPS method” technology, whatever that means, which is said to enhance image quality.

Of course, this will probably be a Korea-only release when it launches next month.