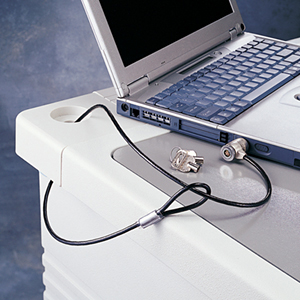 The San Francisco free Wi-Fi plan has some more bad press. We recently told you about privacy concerns raised by an advocacy group. Now comes word that thefts of laptops in the city are on the rise.

Internet cafes in San Francisco were the scene of 48 robberies in 2005, up from 18 in 2004. Most of those thefts were nonviolent. One, however, just last month involved a man being stabbed in the chest when he refused to yield his laptop.

In response, some cafes and coffeehouses are implementing security measures such as cable locks on tables and guards at the door. But one has to wonder whether thieves reticent to act in the noisy, crowded atmosphere of a cafe will yield to their compulsion if the target is just one person sitting under a tree.