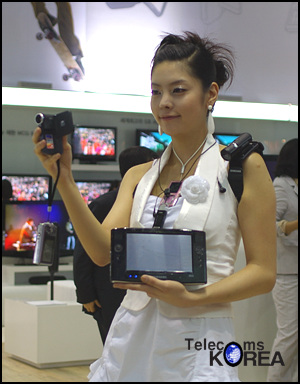 If you’re anything like me, you were rather surprised when the prices of Ultra Mobile PCs started popping up on news sites around the internet. When the Origami Project was initially unveiled, most industry pundits were expecting a $500 price range, but were taken quite aback when prices were found to be in excess of $1000 for an “entry level” model.

The Samsung Sense Q1 is said to be around $1200 (1,199,000 Korean won), but the electronics maker is hoping to make a more affordable model based on a Via chip for the second half of this year.

This cheaper model should be “priced at slightly over $700”, according to a company spokesperson, but they have yet to decide on a model name for this ‘bargain’, so to speak. It will be interesting to see what kind of features this version will have (and what will be missing) because the Q1 comes equipped with terrestrial DMB for all your television watching needs, Bluetooth functionality, and wireless LAN connectivity.