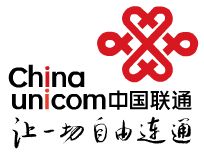 It’s nothing new to hear of something made in China that is a blatant ripoff of something that already exists on the market. From iPod-like music players to RAZR-esque mobile handsets, if you’re looking for a gadget that is kind of like the real thing, China is definitely the place to go.

The same is true when it comes to push email, because China Unicom has launched its “RedBerry” service, much to the resentment of Research in Motion. In fact, RIM is likely to sue because “RedBerry” is just a bit too much like “BlackBerry.”

The Chinese CDMA provider doesn’t have any reservations about the comparison, even saying that the “RedBerry name extends the vivid name of BlackBerry that people are already familiar with”, according to a company press release.

All this, on the cusp of BlackBerry’s official entrance into the Chinese market. And to top it all off, RedBerry services will likely be substantially cheaper than its Research in Motion counterpart.