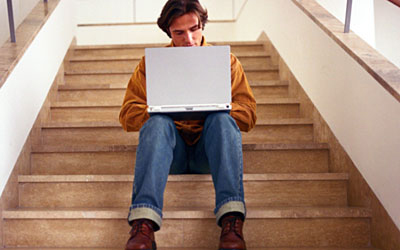 The Google-Earthlink plan to blanket San Francisco with Wi-Fi has run into a bit of a backlash with privacy advocates. Seems Google’s plan to target you with localized ads as you roam the streets of San Francisco has rankled more than a few people who don’t want anyone to follow them around.

Specifically, the Electronic Frontier Foundation has protested the Google idea of targeted ads based on username and password sign-in location, advocating anonymous surfing to protect the identity of those online. And it’s not just identity but also private financial information that might be at risk. The kind of blanket network that Google and Earthlink are envisioning will necessarily have to have a lower element of security than tightly controlled networks delivered to individual customers. It’s the same sort of thing that you should keep in mind while surfing on an open network at your local coffee house: Hackers are out there all of the time, and they just might be targeting you.

For their part, Google and Earthlink have promised that they will address the concerns being raised about users’ privacy. But the potentially massive amount of advertising revenue to be made from such an expansive network used by thousands of people everyday might be too attractive to turn down. It remains to be seen.