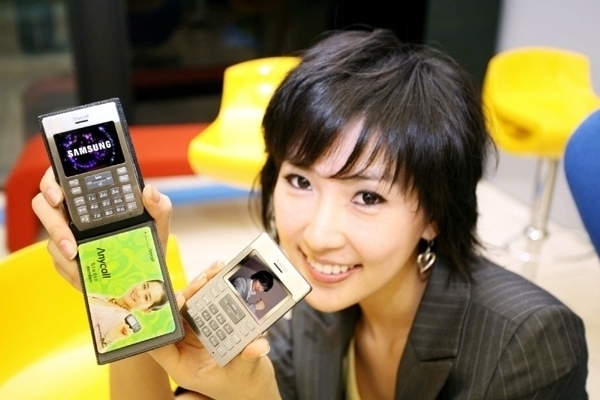 No, that’s not one those super thin calculators you used to rock in your high school days, though I’m sure it’ll be able to do some arithmetic for you if you need it to. Samsung has come out with a credit card sized mobile phone targeted for businessmen on the go.

The SCH-V870 is being marketed as an “ultra-slim platinum card phone” to emphasize its prestige value, and even comes in its own leather case, that for me at least, furthers the look of a calculator.

They’ve packed plenty of features into the super small package though, including an integrated music player, a 1.3 megapixel camera with video recording capabilities, and memory card expansion slots. There’s even an electronic dictionary, mobile printing, and file viewer. An extra 400mAh battery is built into the case.

At a mere 8.9 mm of thickness, and measuring 5.4 cm x 8.7 cm, the Samsung SCH-V870 is easily one of the smallest and thinnest phones on the market. Expect prices in the half a million range… Korean won, that is, or about $525 USD.