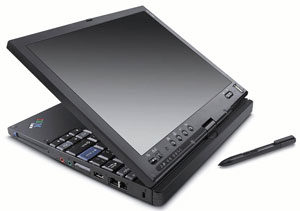 Lenovo bought out IBM’s computer making business way back in December 2004, but its business strategy has remained relatively unchanged since the handover, with the ThinkPad line of notebook computers being primarily marketed at business users. Well, Lenovo has reached a deal with America’s largest consumer electronics retailer, and you’ll soon be seeing its wares lining the shelves at a Best Buy near you.

Lenovo already has a presence at Office Depot, but with its introduction into Best Buy stores, the company will likely see significant increases in sales. The exact models that will be offered through Best Buy have yet to be specified, but we do know that the popular ThinkPad line will be there, as well as its ThinkCentre desktop equivalent. The 3000 series of laptops and desktops should be showcased at Best Buy as well.

So, the next time you walk into that huge store with the blue and yellow motif, you’ll have yet another option when it comes time to replacing your aging computer hardware.