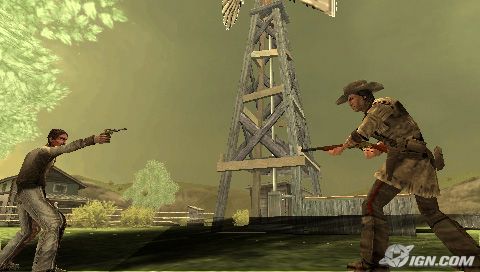 Wild West gun-slinging has been popular since the days of Butch Cassidy and the Sundance Kid, and Activision was looking to recreate the feel of the Old West in “Gun” a game that originally found itself on a variety of home consoles. Well, Gun is hopping onto the saddle and riding its way onto the PlayStation Portable as Gun Showdown.

The details are still slim as when we first heard about the port back in July of last year, but Activision did tell us a bit more about Gun Showdown. Well, the name, for starters, but also the fact that this title will feature all of the original content, in addition to some new side missions, quick play modes, multiplayer options (presumably ad hoc), and “other fresh features.”

Neversoft and Rebellion Studios have teamed up for the PSP version of the game. Expect Gun Showdown to see stores at high noon, sometime this fall.