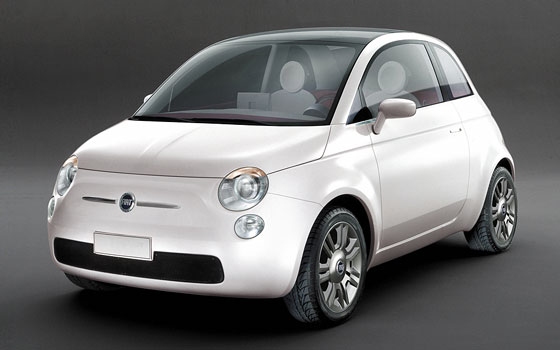 BMW-owned Mini fits into its own little niche market, because it packs some great features into such a tight little package. It’s no econobox, despite what its size may tell you, but up until now, it’s remained relatively untouched by the competition. Well, Fiat has its eyes set on the Cooper as the automaker is set to unveil the Neuvo Cinquecento (New 500).

From the outside, the new look is said to be similar to the Trepiuno concept (pictured), which was first seen at the 2004 Geneva Motor Show. The body styling is immediately reminiscent of a Mini, of course, but there will be several changes before the New 500 hits the market. For starters, the interior is getting a complete makeover from the same man that designed the current Mini’s interior, Frank Stephenson, and will be “truly iconic.”

Look for the Fiat Neuvo Cinquecento to hit streets near the end of 2007, with prices set just a touch lower than that of a Mini.