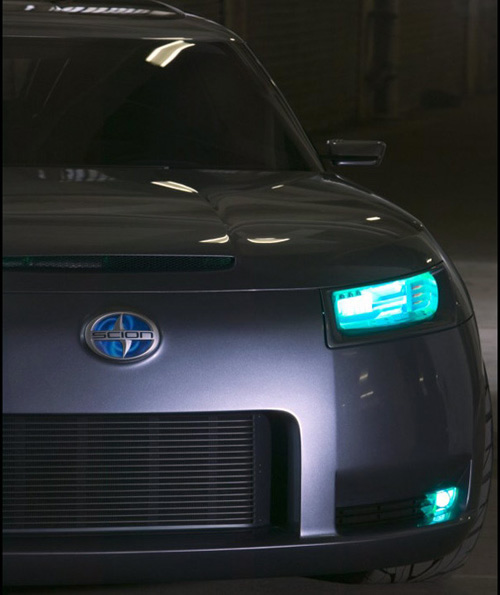 Toyota’s tuner brand has been growing in popularity among the younger set, because it has been marketed to a demographic that loves to customize their rides. Previous Scion models like the xA, xB, and tC have kept their names down to two letters, but the internet is buzzing with news of a concept vehicle known only as the Fuse.

A partial photograph has leaked out onto the internet, finding its way onto a Scion message board. How official this image is, and whether it was intentionally launched out there to tease us remains to be seen, as does the rest of the vehicle. Maybe their intention all along was for news sites like Mobile Magazine to pick up the story and create a buzz.

Very little is known about this forthcoming automobile, but word on the street is that it will sport a short nose, a chopped roof, and strangest of all, turn signals built into the wheels. More as it develops.